The following amendment has been made to the ‘Director/PDMR Shareholding’ announcement released on 18 December 2017 at 09:30 a.m. under RNS No 6201Z.

All other details remain unchanged.

Petards, the AIM quoted software developer of advanced security and surveillance systems, announces that it has received notification that Raschid Abdullah, Chairman, and Osman Abdullah, Group Chief Executive, have respectively converted £185,436 and £46,771 of convertible loan notes into 2,317,950 and 584,637 ordinary shares of 1 pence, each at a price of 8 pence per share.

This announcement includes inside information as defined in Article 7 of the Market Abuse Regulation No. 596/2014 and is disclosed in accordance with the Company's obligations under Article 17 of those Regulations.

The information below, set out in accordance with the requirements of the EU Market Abuse Regulation, provides further detail. 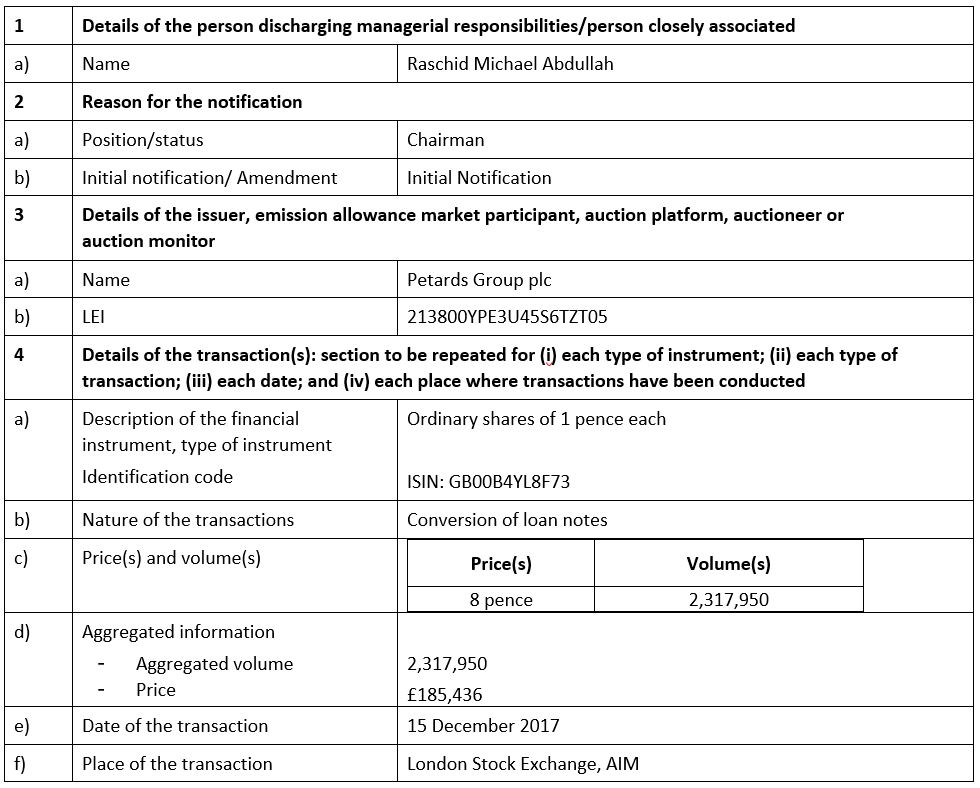 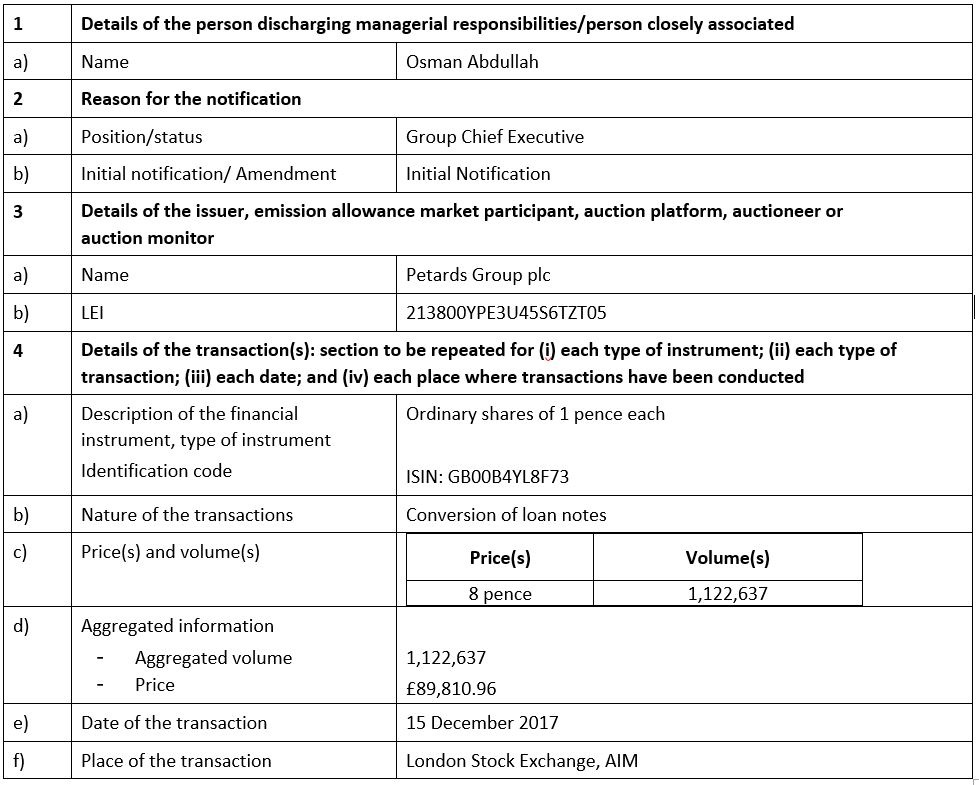